I'm journaling the start of a new blog that I'm writing using VS Code as my editor, some extensions and the zola markdown engine. The idea is to build something that looks like Dave Winer's Scripting.com to let me easily write stream of consciousness Beer Mode observations.

To commemorate this, I've captured a screenshot of the VS Code project that contains this first post: # 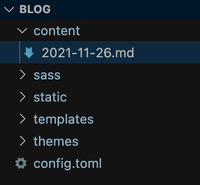 The only thing that's annoying about how this works today is that I need to use raw HTML if the captured image needs to be resized for aesthetics. Below is an example of what I need to type in the raw HTML format. I think I'm going to need to write a VS Code extension to streamline this process to let me more easily fine-tune the appearance of images.

I'm using the Paste Image VS Code extension to make it easier to insert images into each post.

I tried GitHub pages and Jekyll, but forcing images into a global /assets directory is a non-starter.

After some research, I decided to use use zora which is a much better choice as it gives me the flexibility to include content in simple directory structures, i.e., pasted images can be in the same directory as the markdown option.

Next, I need to figure out how to include zola in a custom 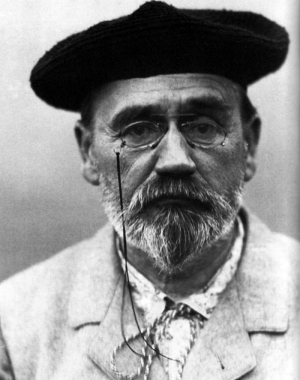 This is quite possibly the best YouTube video that explains how F1 Cars work. He builds a Blender model of the car and proceeds to show airflow dynamics, suspension operation, motor details (and how the turbocharger works), how the hybrid MGU-K and MGU-H systems work and much more. Easily the best video explainer for F1 cars that I've seen!

Today more scary information was being published about the new omicron (ο) variant. There are 15 mutations in the receptor binding domain of the spike protein.

💡 There's probably a zola VS Code extension waiting to be written that will do things like take a copied YouTube or Twitter URI and turn it into one of the shortcodes in this repository. I think that the extension should also start a background zola process that will render the preview in place of the existing VS Code markdown preview. Finally, it should have a feature that will generate the appropriate GitHub Actions to publish to GitHub pages after pushing to the remote.