Today, I'm starting to work on the 4th edition of the fastai course, and I'll be note-taking on this blog. At the start Jeremy shows this lovely photo of the Mark 1 perceptron at Cornell circa 1961. It does a great job at showing the complexity of the connections in a neural network: 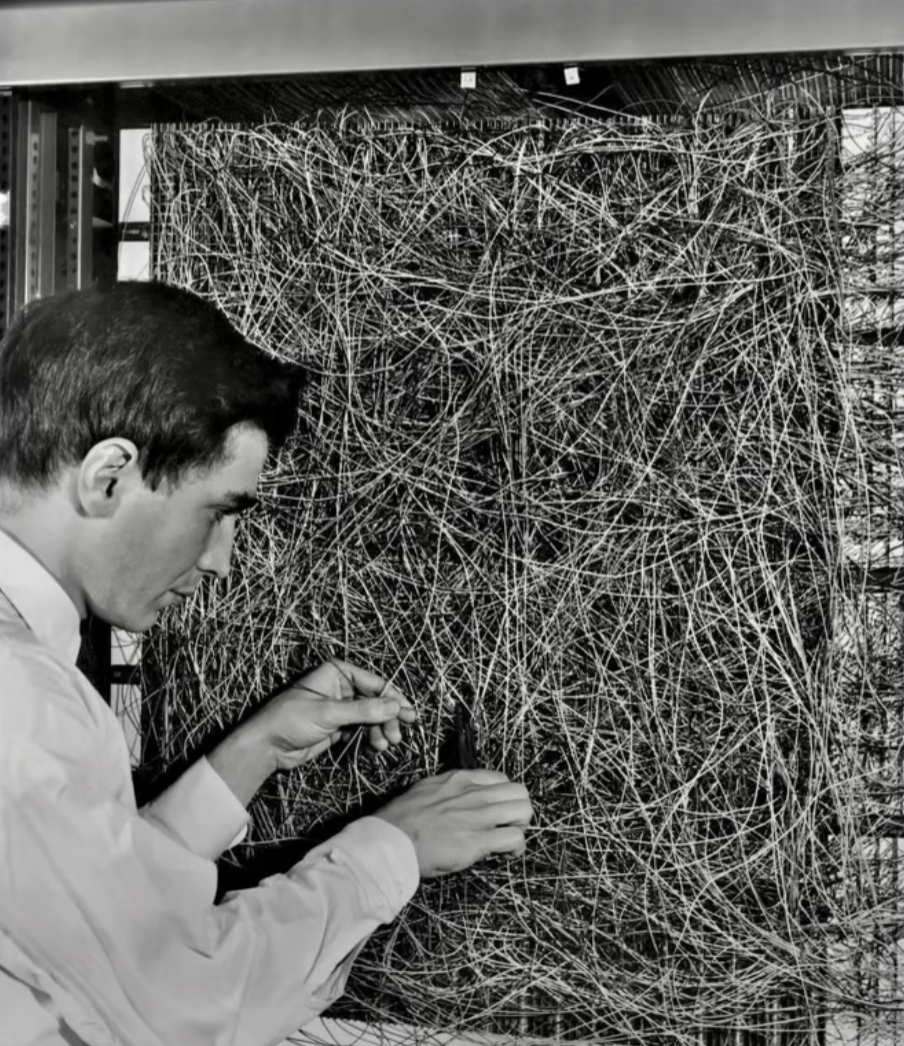 Some housekeeping things that are pretty cool that intersects with my day job at Microsoft building tools for data scientists.

I'm using my ez to run the fastai notebooks locally on my Windows machine which has an RTX2080 GPU. All I need to do is run a single command:

You'll notice that I'm using my own fork of the fastai repo which contains only a aingle configuration file: ez.json that ez uses to build and run the image in VS Code. This is the entire contents of the ez.json file:

After running that command, this is what ez created on my machine: 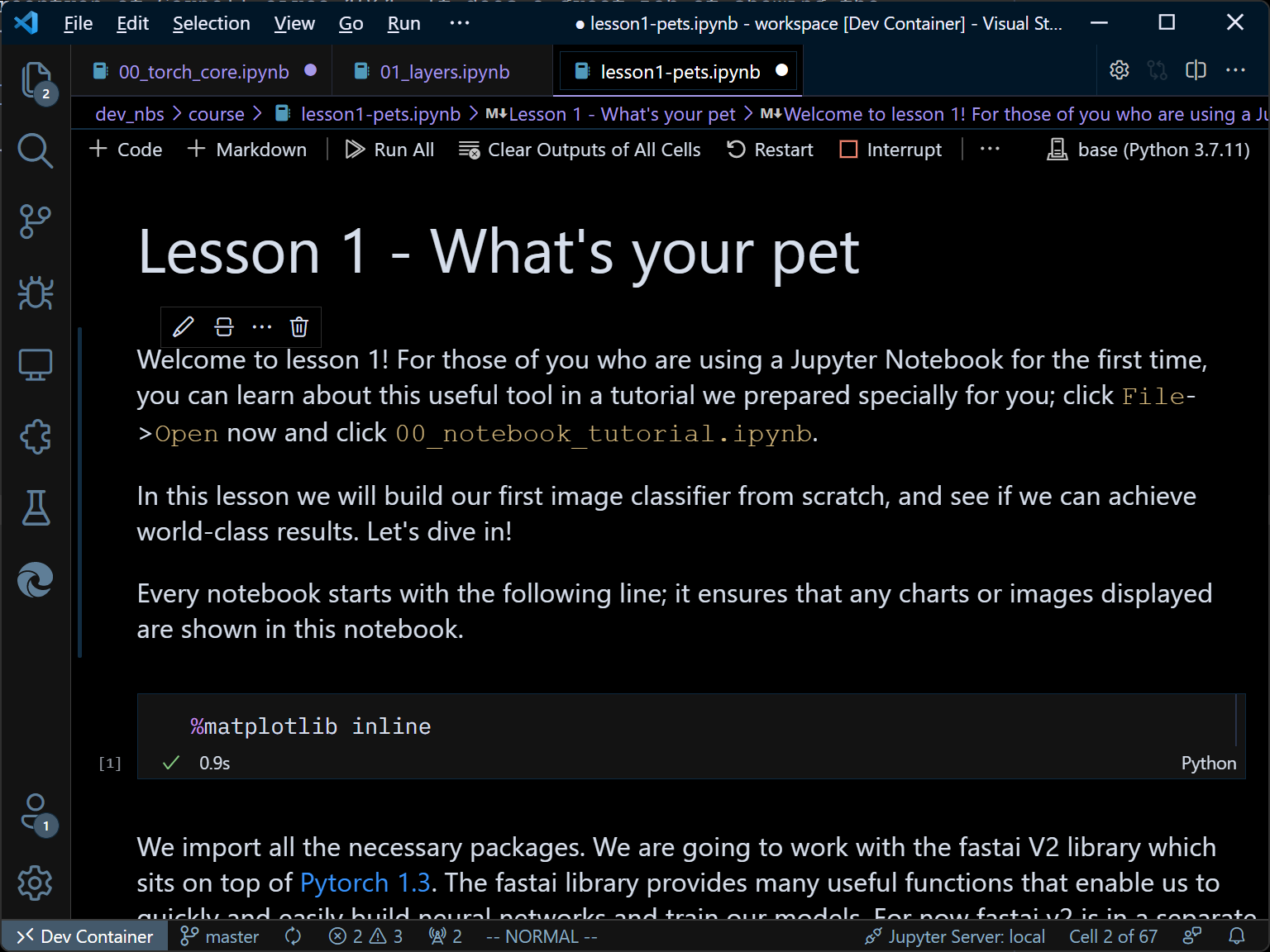 It's a fully functional running Docker container with GPU support enabled and VS Code is bound to it using the VS Code Remote Containers extension. There's a fair amount of manual steps that would have been needed to get this running and ez eliminates the need to do any of that - you get straight to the course in a running local environment.

I'm also using GitHub Codespaces to view the notebooks for the book version of the course. All you need to do is go to the fastbook GitHub repo and press the . key to open up Codespaces in the browser to view the contents of the notebook: 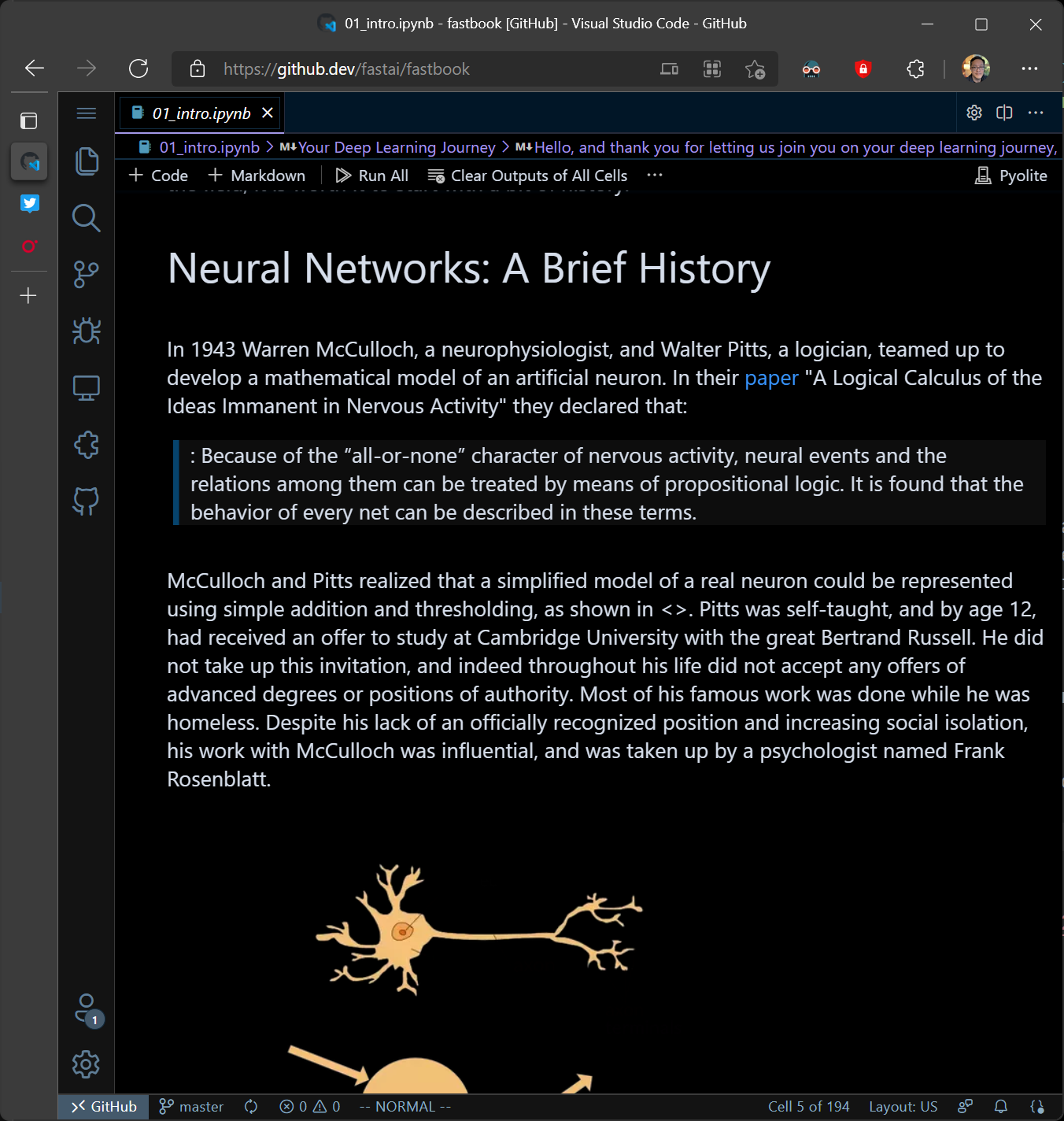 Of course, if you are able to, please support the authors by purchasing a copy of the book. {% end %}

Jerermy introduces his pedagogy for the class at the start, based on the work of David Perkins. I love this image: 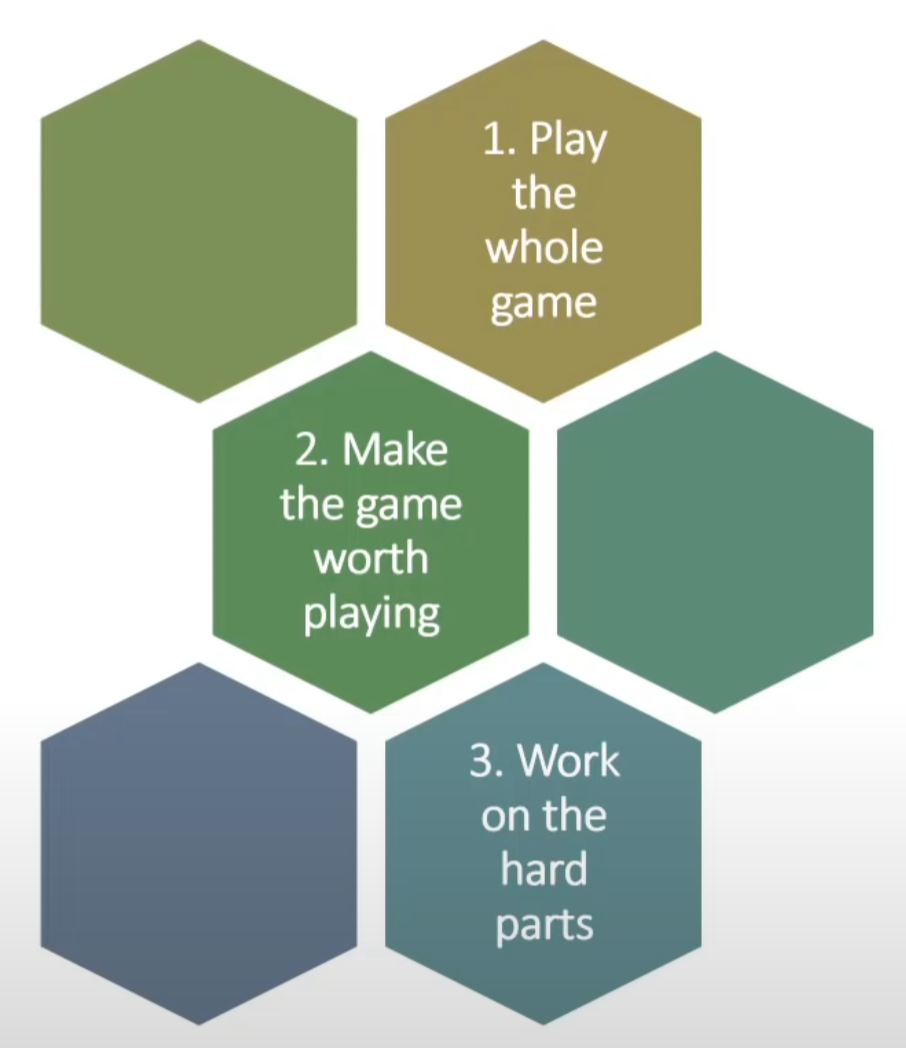 Begin by "building state-of-the-art world-class models" as your Hello, World.

Jeremy and Sylvain wrote a paper on the fastai library which is the layer of software on top of PyTorch that is used in the course.

While following along in the first video of the course, I realized that Jeremy is running some of the cells in the notebooks from the fastbook repo. So I forked and copied the ez.json file into that repo and was quickly able to reproduce his results using ez:

A quick note - the -n . parameter tells ez to run the repo locally. ez also supports running on Azure VMs using the same command. See the docs in the ez for more details on the setup on Azure (it's only 2 additional commands!)

This is a screenshot from my computer this morning after running the first model in the course. You can see that I'm using the Outline feature in VS Code notebooks to see an outline of the different sections from the first chapter of the book: 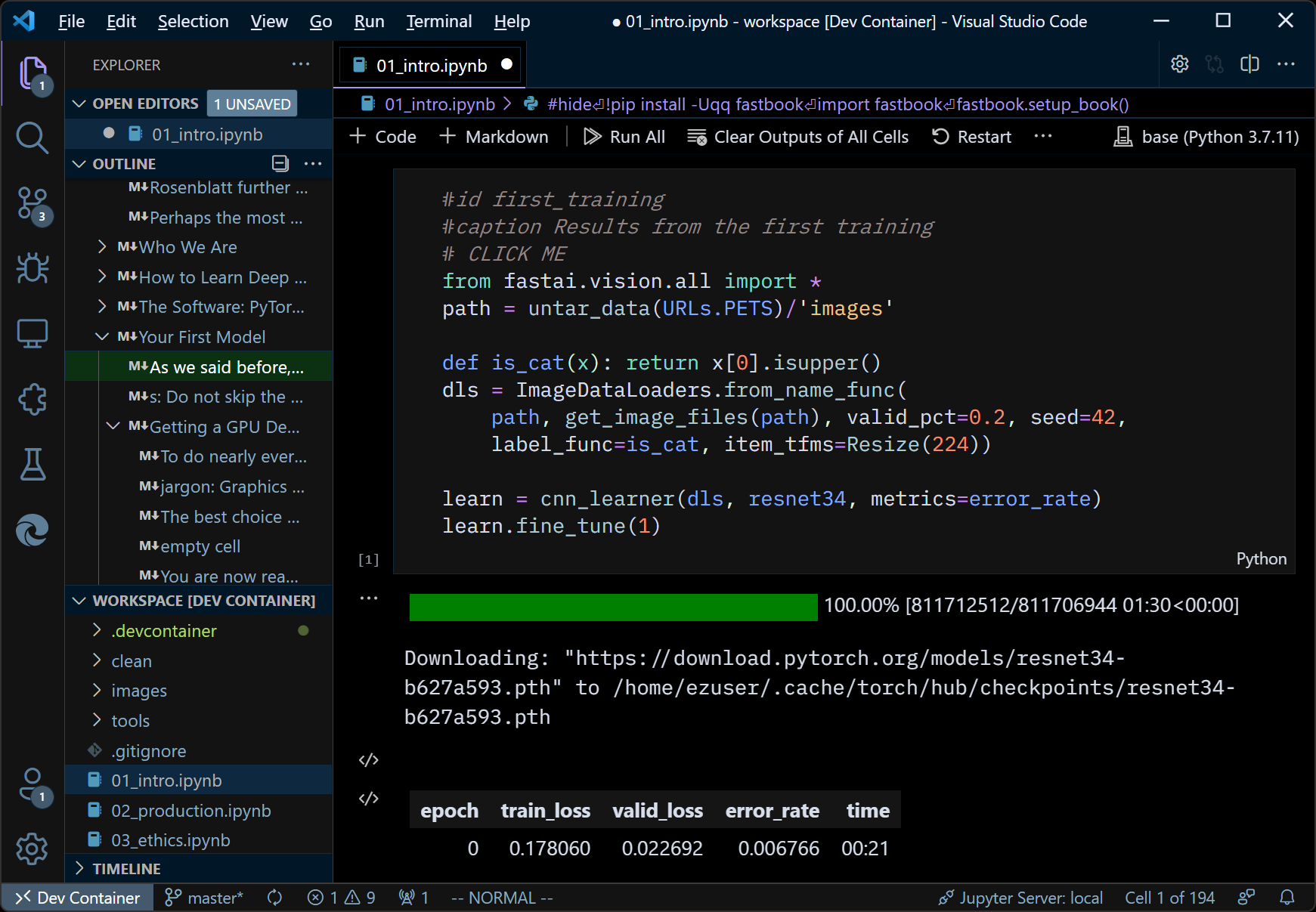 valid_pct=0.2 in the code means that it holds back 20% of the data to validate the accuracy of the model. This is also the default in case you forget to set it

a learner contains your data, your architecture and also a metric to optimize for:

An epoch is looking at every item in the dataset once

accuracy is another function which is define as 1.0 - error_rate

Remember that a model is parameters + architecture

Training, validation, test datasets - this is used for things like Kaggle

In a time series you can't really create a validation dataset by random sampling, instead you need to chop off the end, since that's really the goal - to predict the future, not make predictions at random points in the past. We need to have different sampling algorithms based on the nature of the data and the predictions desired.

Discusses a case about loss functions vs. metrics. One way to think about overfitting is a case where your model keeps getting better at making predictions in the training dataset, but starts getting worse against the validation dataset. This can be an indication of overfitting. Jeremy cautions that this is different from changes in the loss function however, and he will get into the mathematics behind this later when he discusses loss functions in more detail.

Definition: transfer learning is using a pretrained model for a task different from the one it was originally trained for. The fine_tune() method called that because it is doing transfer learning. In the examples earlier with resnet34, it was performing transfer learning against the model to get the superior performance. It lets you use less data and less compute to accomplish our goals.

Zeiler and Fergus published a paper in 2013 Visualizing and Understanding Convolutional Networks. It showed how different layers in the network recognize initially simple patterns and then become more specialized in later layers. I think this is done by activations of different filters against an image, so that you can see the parts of the image that a filter gets activated against. This paper gives a good mental model for thinking about how filters can be generalized and how transfer learning can take advantage of filters in earlier layers.

Sound detection can work by turning sounds into pictures and using CNNs to classify them: 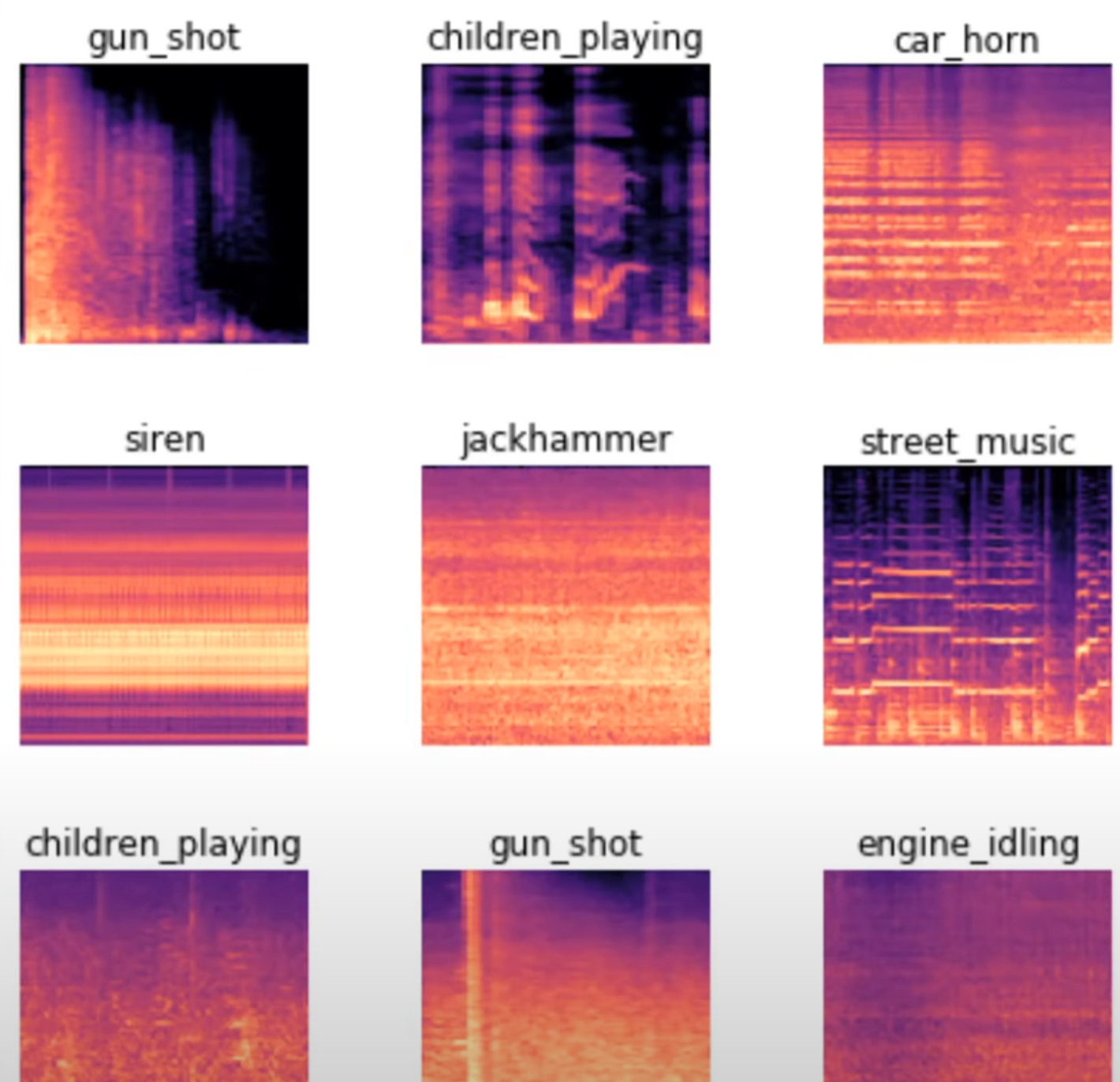 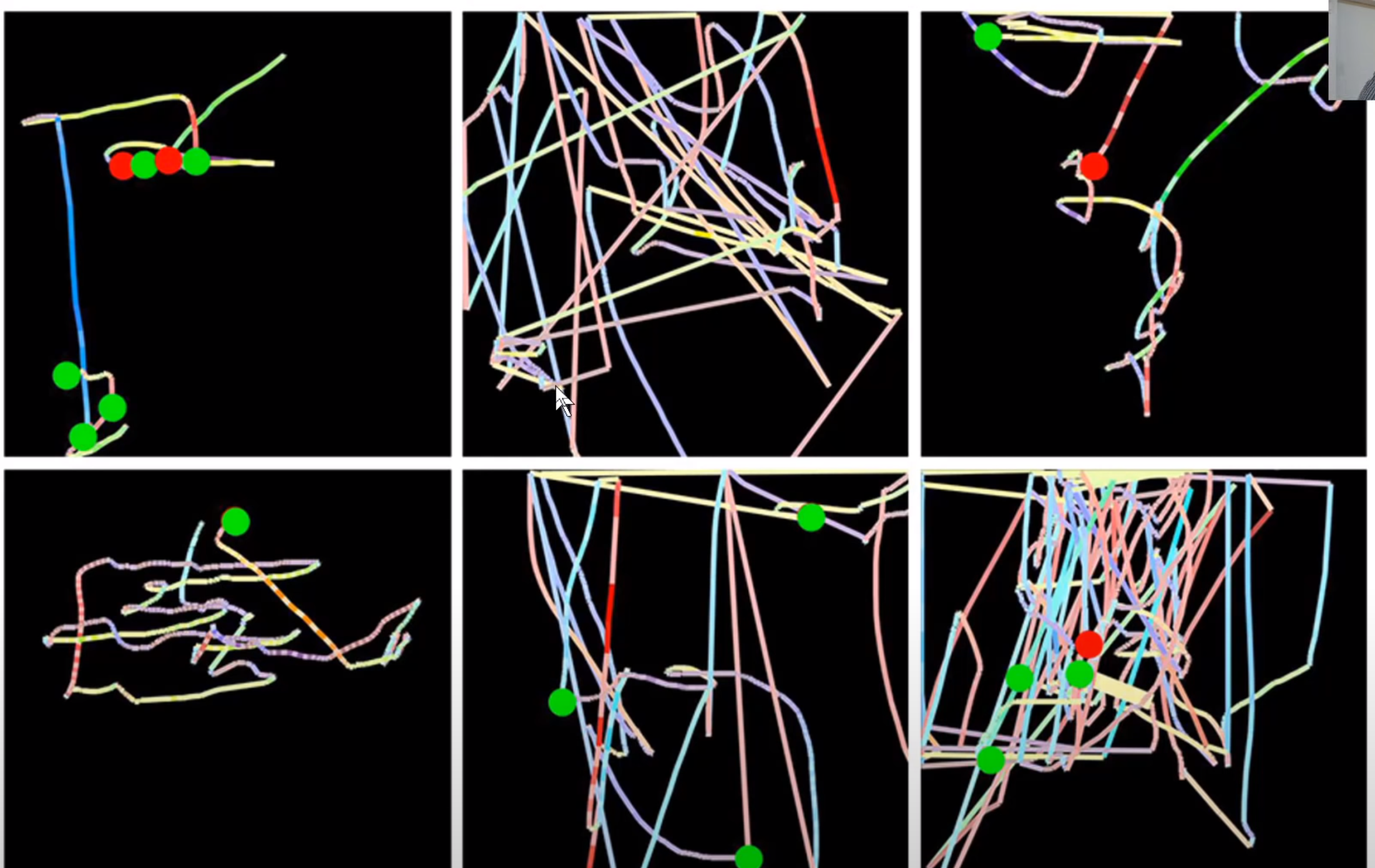 What happens when you fine tune an existing model - does it perform worse on detecting things that it used to do before the fine tuning dataset? In the literature this is called catastrophic forgetting or catastrophic interference. To mitigate this problem you need to continue to provide data for other categories that you want detected during the fine tuning (transfer learning) stage.

He has a number of different categories: vision, text, tabular, recommendation systems.