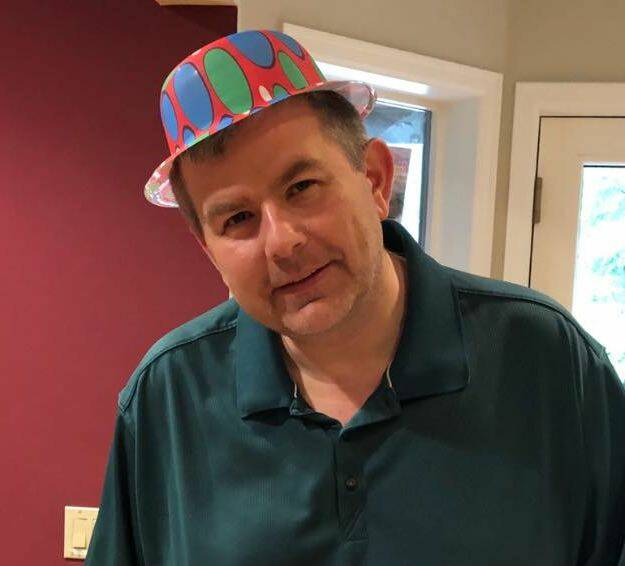 Euan was a friend, a colleague, and a former boss. He's one of the first people who pop into my mind when I think of the phrase "a man of character". I can remember so many stories from our many conversations over the years, starting with the first time that I met him when he was interviewing to become my boss in the Technical Computing Group at Microsoft over a decade ago. It was a normal interview until the end when he started fanboying over some work that I had done earlier with Delphi and COM. I think that anyone who has met Euan before could imagine the AMOUNT OF ENTHUSIASM with which said fanboying was done. But he did it not in a way that would make him seem like he was angling for the job (despite the circumstances) but in the true spirit of love for the technology. During that time when Euan was my boss on that amazing team so long ago he was a great boss, one that would at the same time give me room to explore crazy ideas and the wisdom to step in when my crazy ideas would go out of control :)

At some point, it became clear to all of us that Technical Computing was not going to be a thing at Microsoft. When I was recruited into the Windows team (hi, Mahesh!) coincidentally to own COM and to build the new WinRT programming model on top of it, I had to break the news to Euan over the holidays. I needed to do it in person, so I remember driving over to his old house (he wound up moving across the street to his new house believe it or not) to break the news. As you might expect, Euan was gracious and helpful during the transition as that was going to become my first experience with being a manager at Microsoft.

We were never too far away from each other over the years. I remember random conversations with him that included:

We re-united on the same (larger) team when I joined the Python team after my stint in Windows. It was great having him just upstairs from me where I could drop in to get his sage advice on many things as I sought to be helpful to my new team. His work then was deeply influential on some things that I'm working on now. When we ship, it's going to be in no small part due to our many chats over the years. I'm proud to be able to carry forward his work and I'll continue to think of him often as we continue on his journey.

PS others have shared their memories of Euan

More on the metaverse🔗

So I was procrastinating today after discovering Tim Urban on Twitter (how is it possible that I did not know he existed?):

I went down the rabbit hole and discovered his TED Talk:

And his incredibly funny writeup of what it was like to write his TED Talk.

I was watching it on my phone while sitting on my couch next to my dog who loves to sleep on my couch. Which got me thinking about what this experience would be like if I were watching this in VR. It struck me then, in the middle of watching a talk on procrastination, that at limits of technology, it wouldn't look any different at all.

That's a problem. It also got me thinking about how early movies looked no different than watching a play at a theater ... they haven't invented editing yet! So they simply recorded what it was like to watch a play, which made it possible for people who were not in the room at the time that the play was showing to experience the play, albeit in a somewhat degraded experience.

My experience in Horizon Meeting Rooms yesterday was one where it feels like those early movies - we are literally putting people into a 3D room to experience what it would be like to be in the same place physically. That to me feels like those early movies - we made it possible for people to experience a play without being in the same space physically. But why should we be constrained by the limitations of reality? What is the equivalent of editing in the metaverse? I don't have any answers here, but at least I have figured out a question and that's a start.

(An aside) I viscerally remember this thought popping into my head while I was watching Tim's talk. I think this is another great example of Beer Mode thinking which I think is extremely important for creative professionals. Random inputs can stimulate thinking in different and unexpected ways, especially with ideas that are tumbling around in your subconcious. Or at least that's how I'm justifying procrastination.

Here's a sequence of photos that I took today at the Microsoft Library: 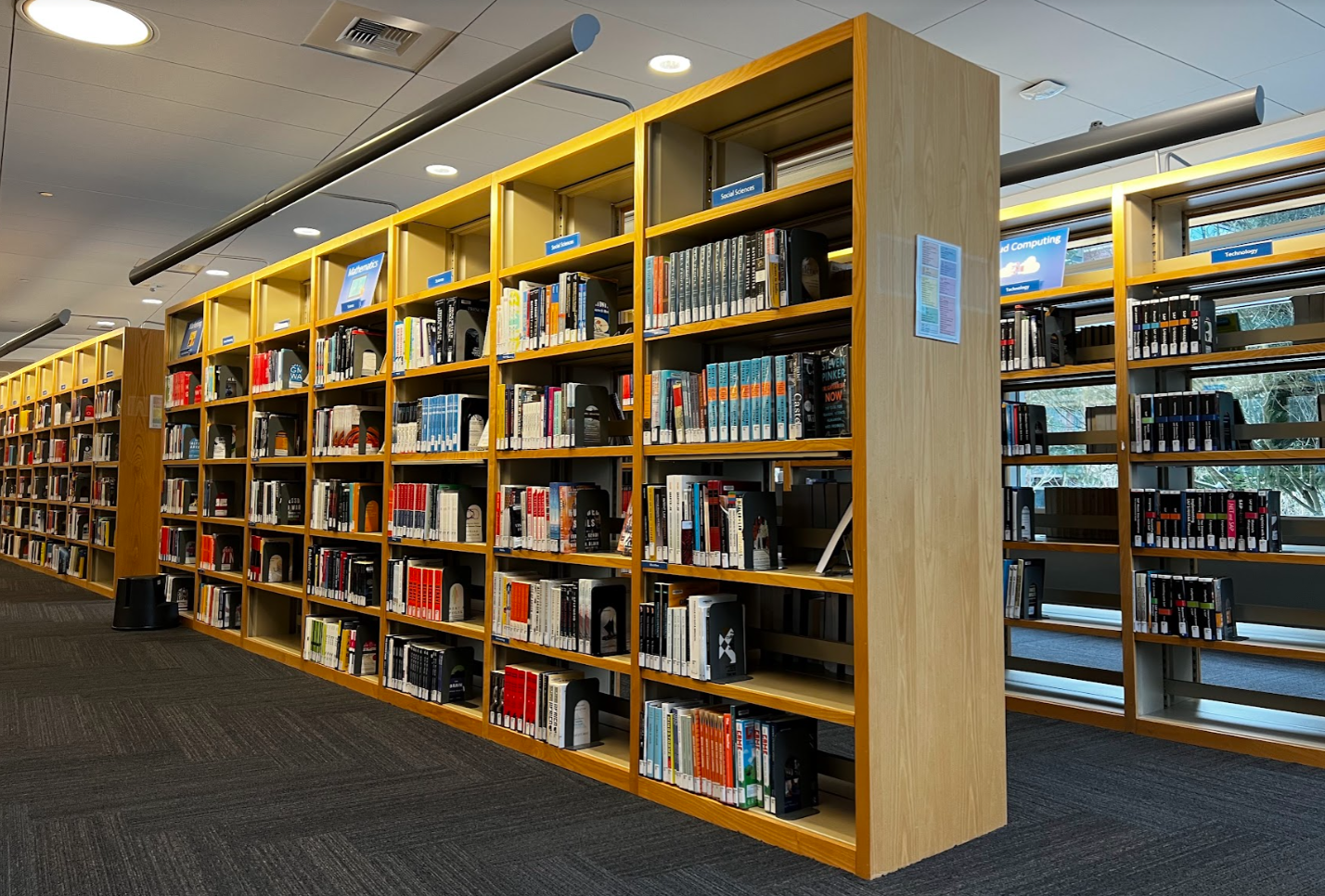 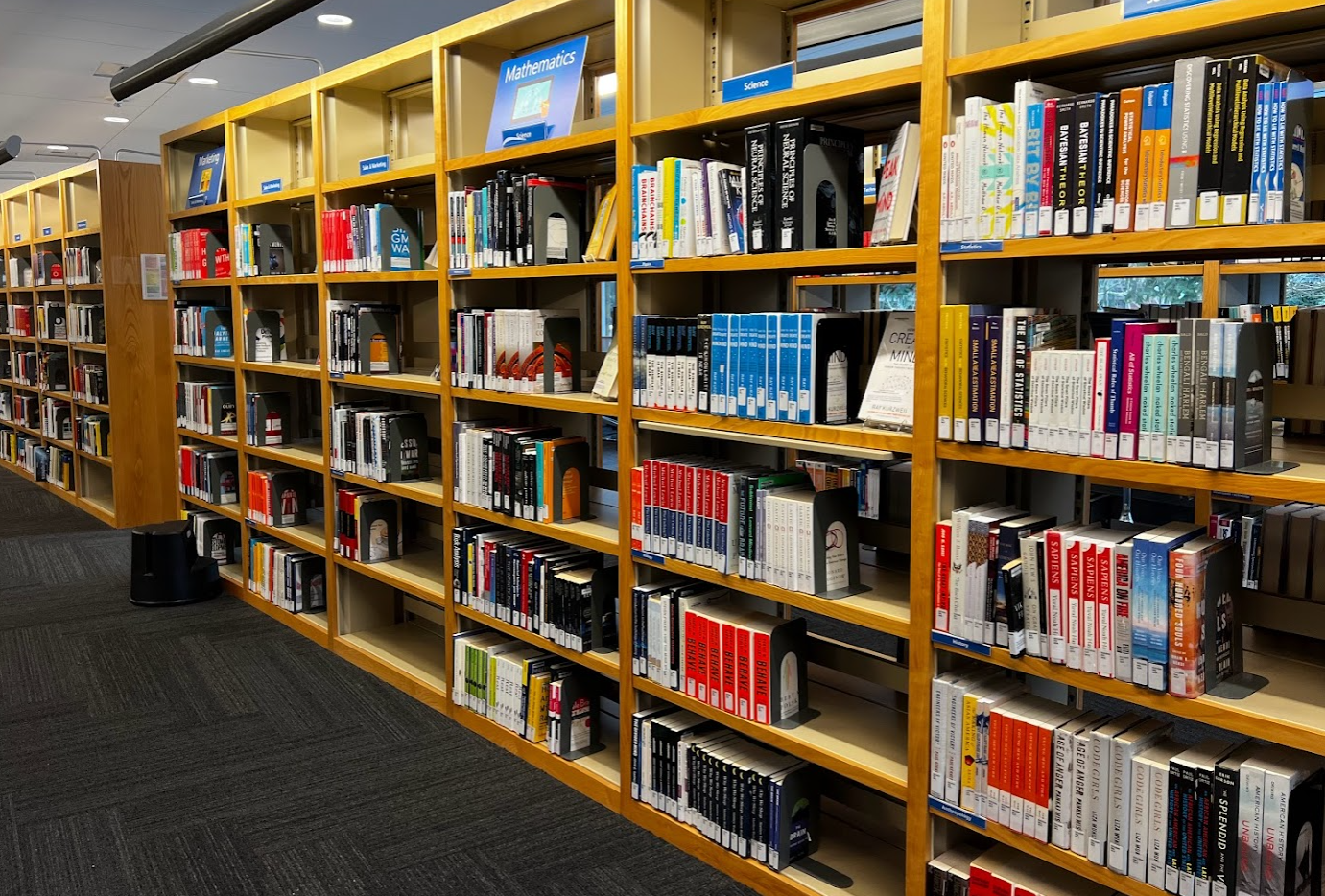 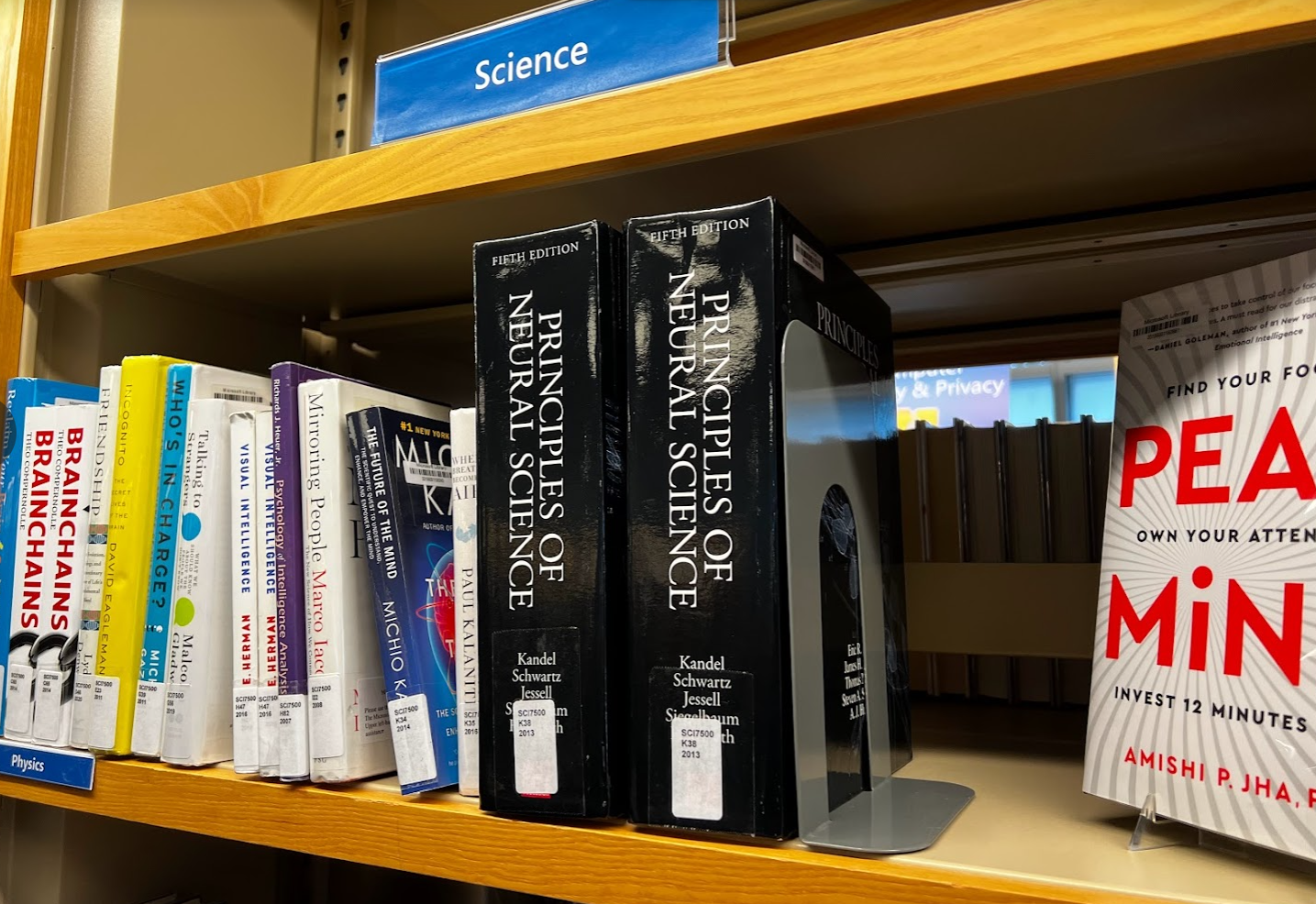 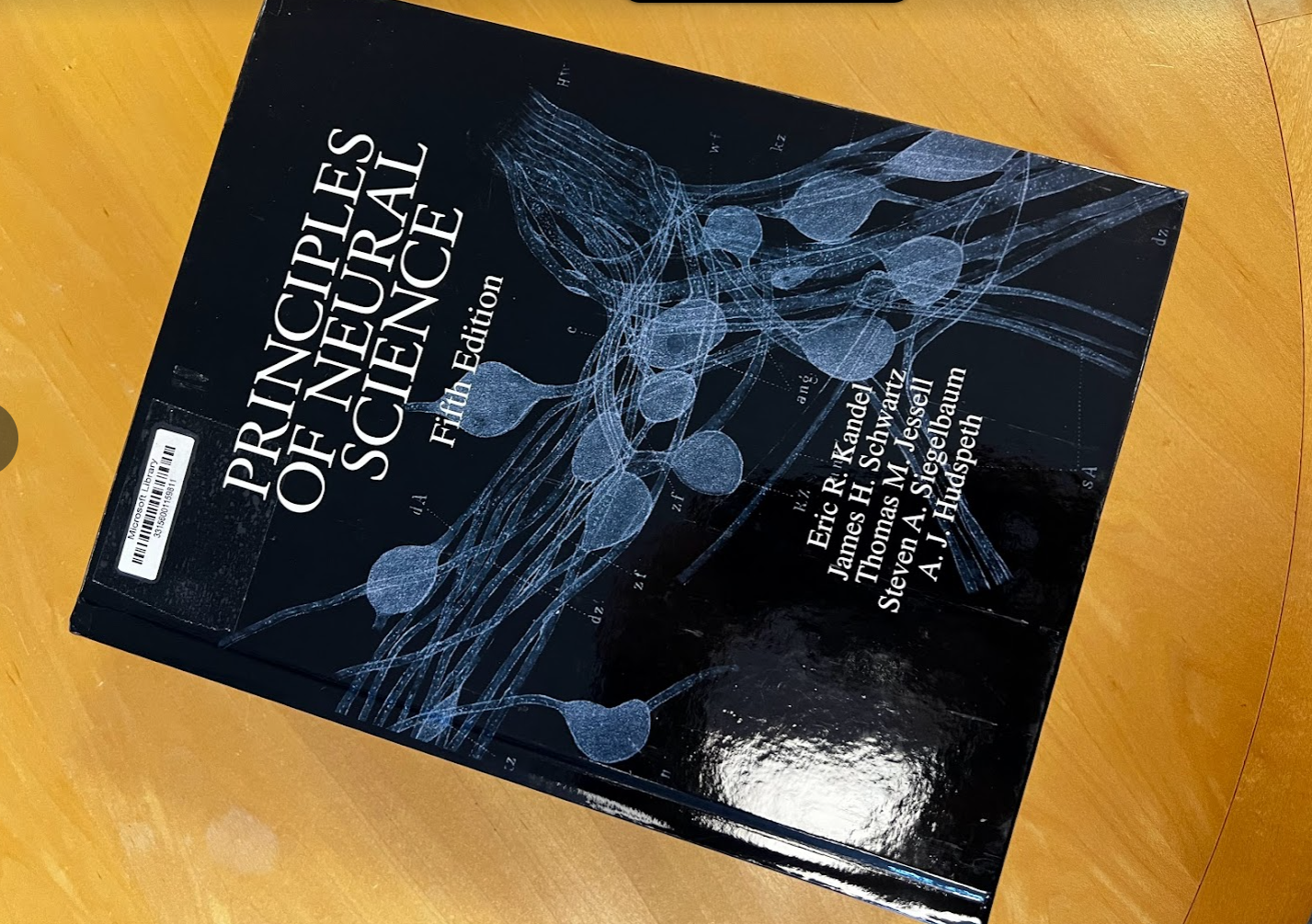 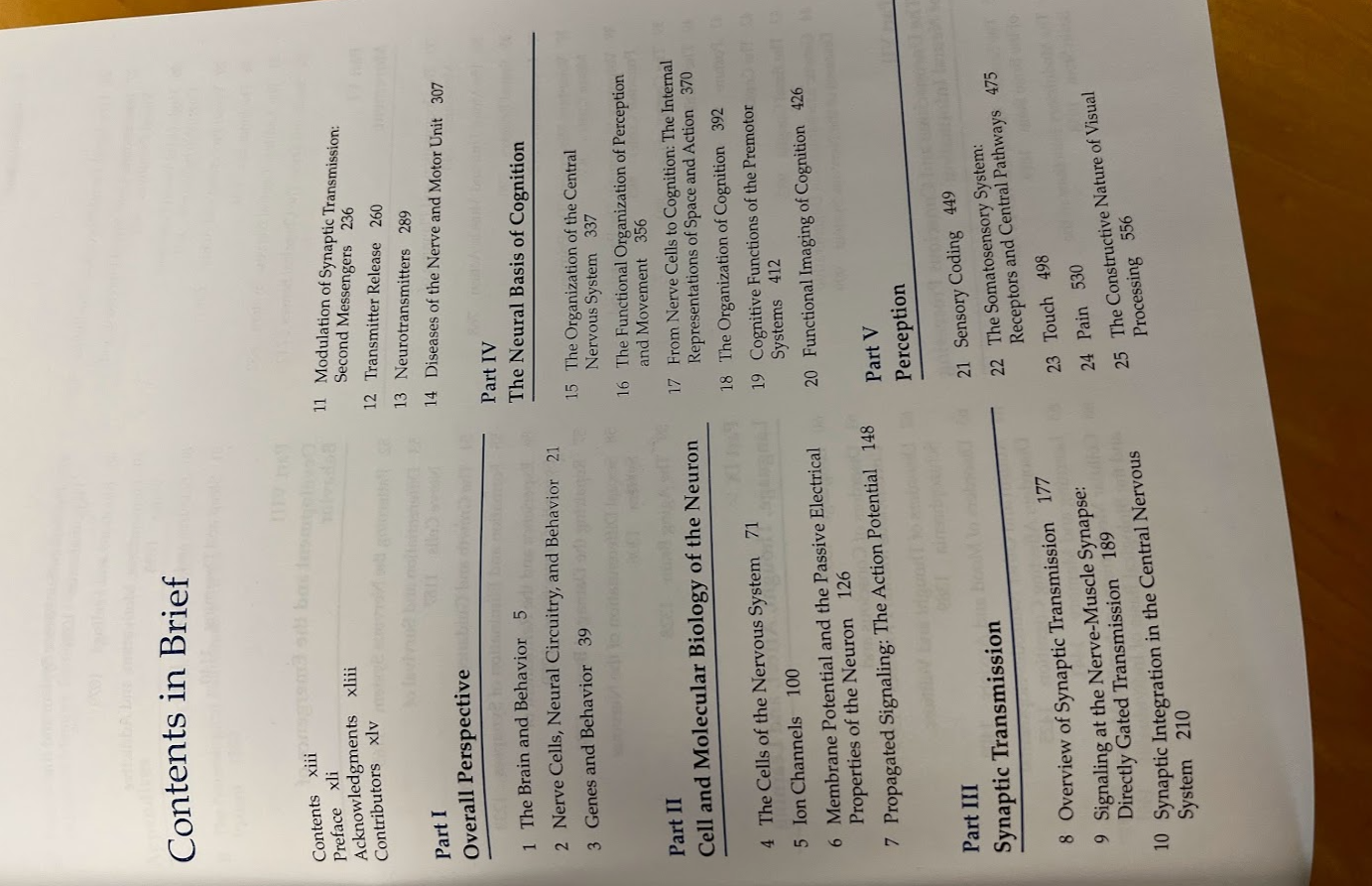 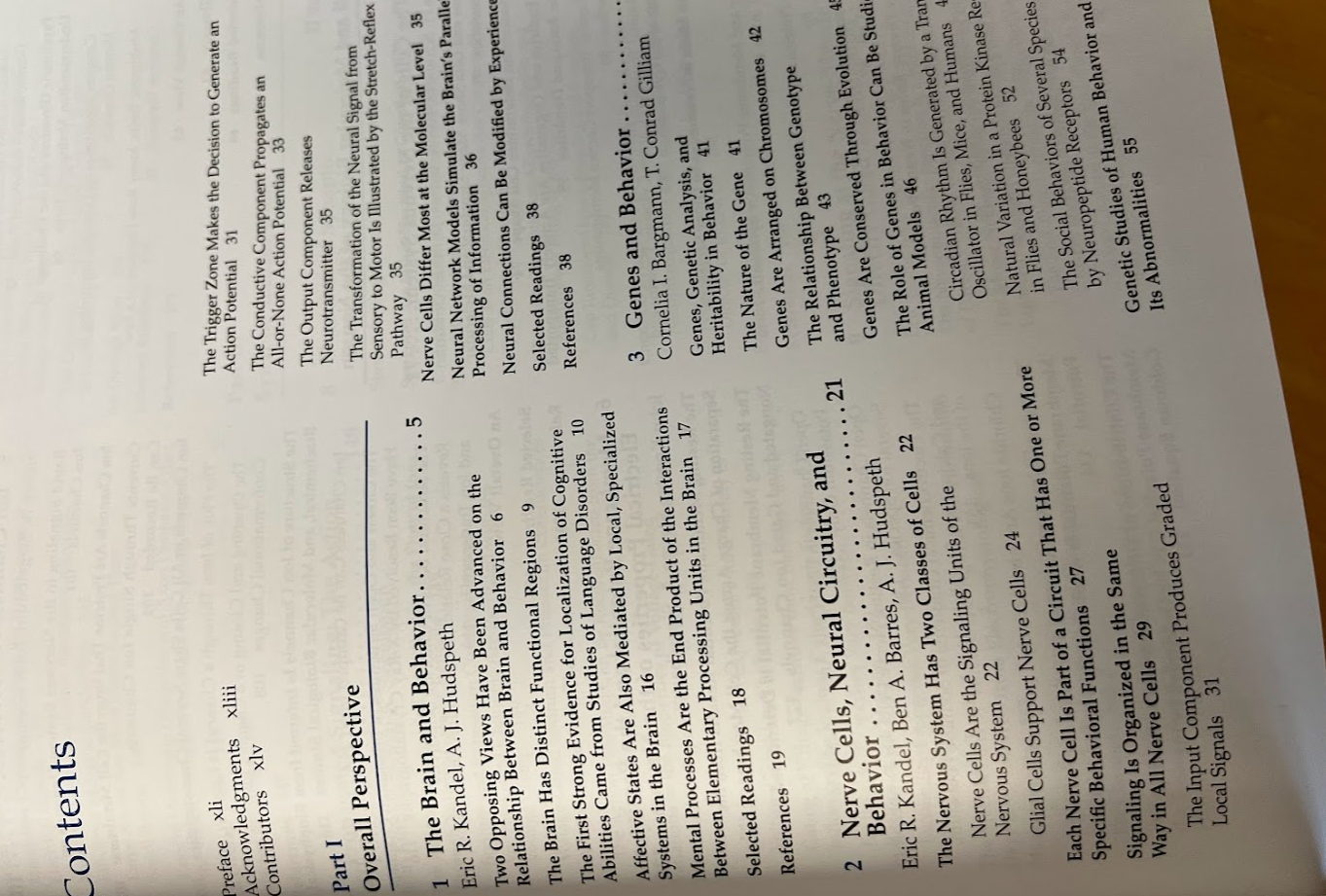 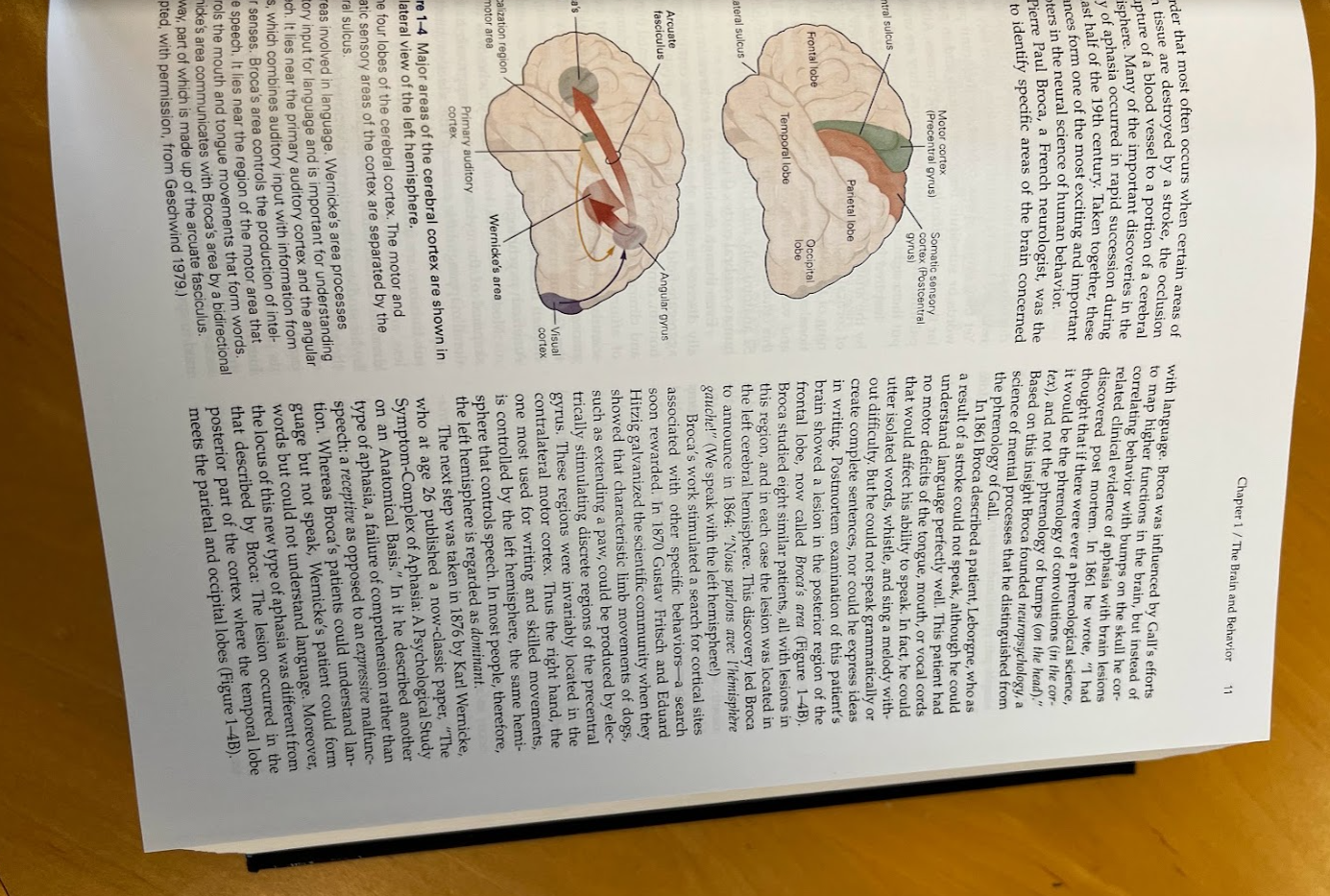 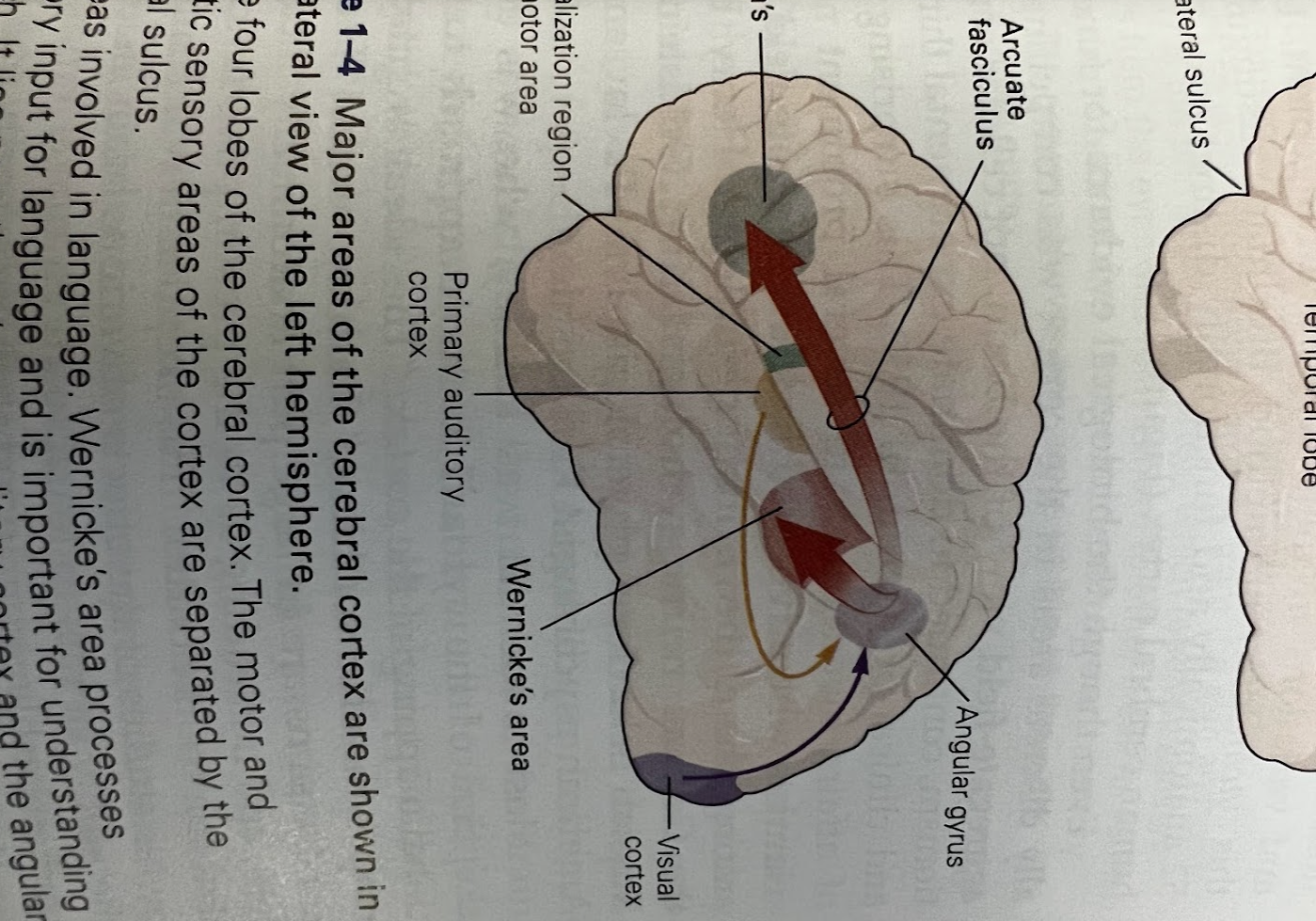 They represent zooming in on a piece of information. I find that my memory works this way - I can remember where something is located spatially, often times even in cases where I cannot remember the information itself.

Today, VR-based solutions like Horizon Workrooms create meeting spaces that mimic existing meeting rooms. Since I haven't yet had meetings inside of a Workroom yet, I can't comment on the experience first-hand. But watching some YouTube videos it seems like they're striving to create an experience that mimics a real-world meeting room, which is great start and requires a tremendous amount of engineering effort to get right.

But let's imagine that we're not limited by what we can do in a physical meeting room. What if we could take advantage of our spatial memory and leave objects around the room? What if those objects could be zoomed into "infinitely" to reveal more about what they represent? What if we could version control the state of the objects in the room?

One of the great things about being messy, like these famous desks is that they respresent saved context in a physical space. I would like to imagine that those piles represent trains of thought and can help bring them back into the context (or at least remind them of the context!) 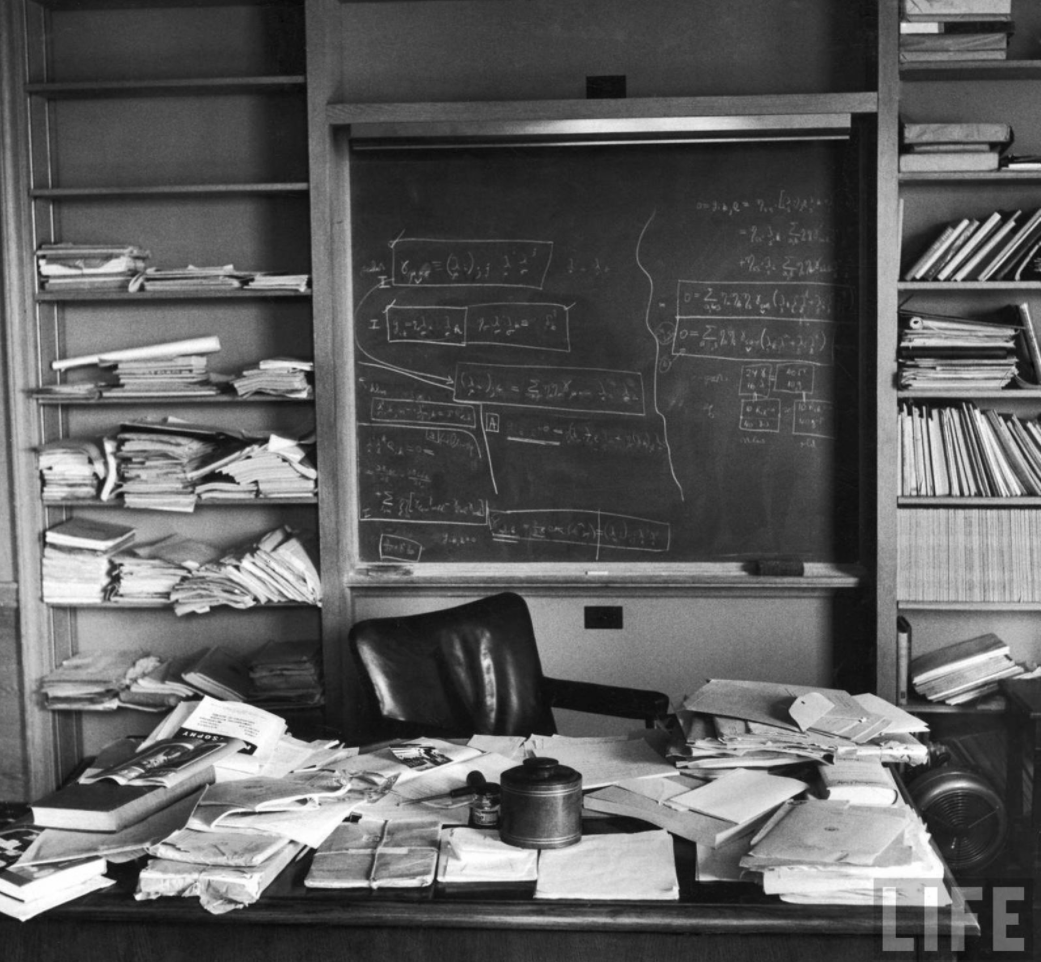 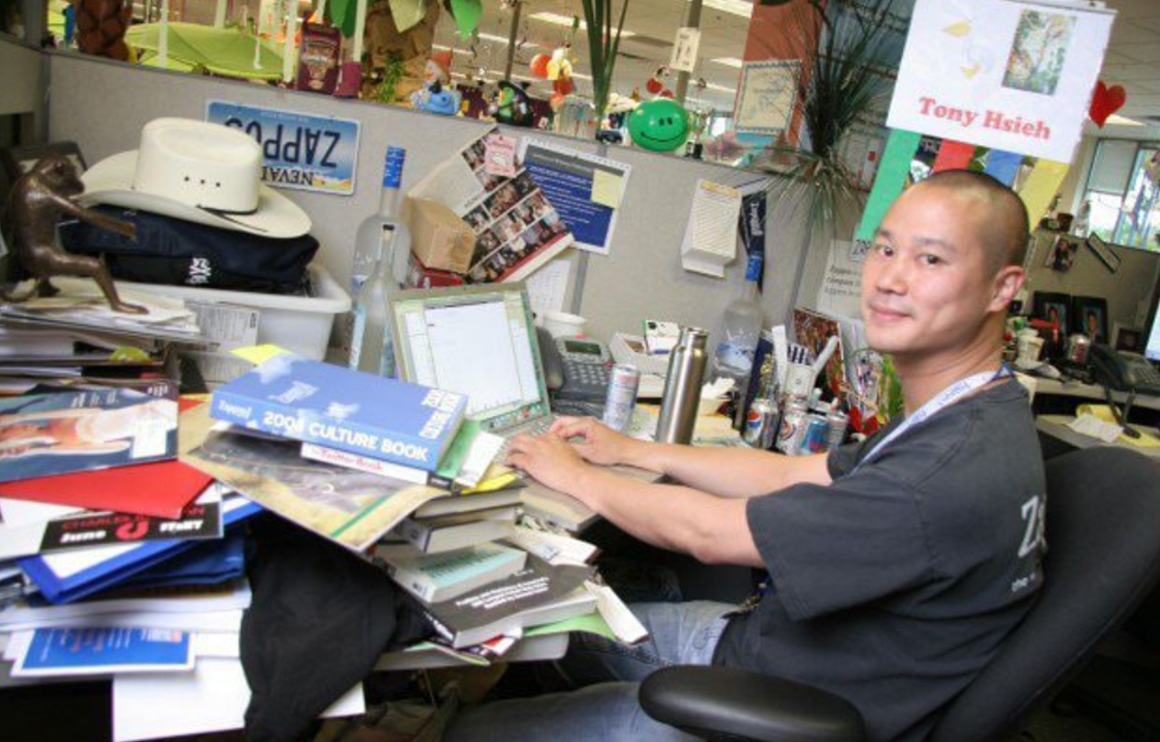 Modern information is mainly accessed in one of two ways: by search or through storing files in a file system. The problem with both of these approaches is that neither of them take advantage of our natural spatial awareness or our ability to organize information into hierarchies (you're already good at this

What's worse is that they also remove any cues you may have that the information exists at all. What would be great is if we could have a system where you could arrange the information spatially, and that spatial information could be version controlled. This way the context is maintained.

Shared meeting room spaces are reset for each meeting. However, what if we can always recreate (or even version control) different meeting contexts? If I met with you last week, when we re-enter the meeting room everything is exactly where we left it from our last visit. This way we can take advantage of our spatial memory to organize information in a virtual space instead of relying on search or other cumbersome window-based ways of retrieving information. We could also integrate this with search "find my car keys in the house", which would reveal the item and its location.

This way we can transcend what is possible spatially and not create a world that is merely a lower-fidelity imitation of the real world. I get that the primary benefit that early adopters get from Workrooms is going to be allowing people that are distant to collaborate in a more meaninful way, much like those early films allowed people not in the room to experience the play. That's already super-valuable, especially in today's world. But perhaps spatial context could be akin to editing in films and create an entirely new medium in which we can collaborate?