The AsmTutor site is a great introduction to NASM. I especially like how it begins with making Linux syscalls. 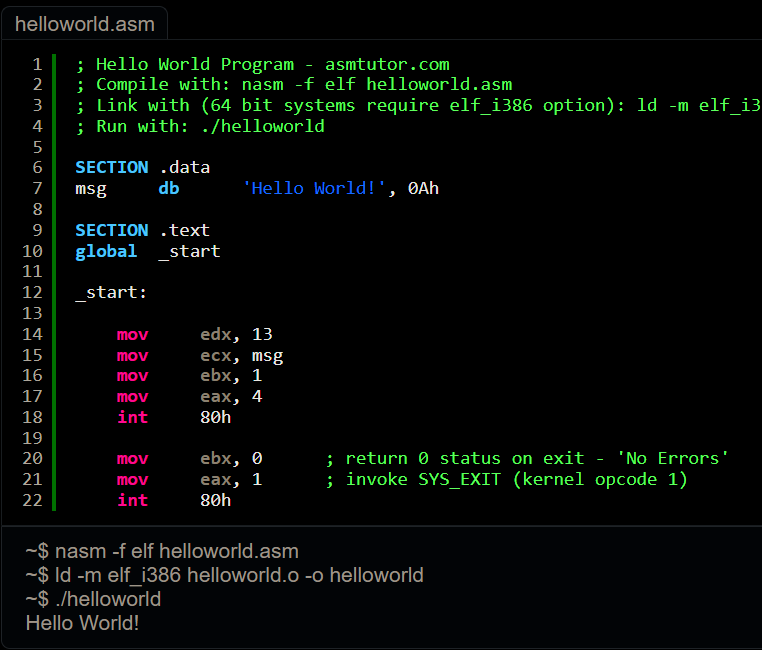 The real sequel to On Intelligence🔗

About 20 years ago, I read Jeff Hawkins' excellent book On Intelligence. One of the things that really struck me back then was his description of how we could map different sensors to the neocortex, effectively creating a cyborg. I had always thought that this meant a physical fusion of human and machine. But then I read this quote and realized ... that we are already cyborgs.

The thing that people, I think, don’t appreciate right now is that they are already a cyborg. You’re already a different creature than you would have been twenty years ago, or even ten years ago. You’re already a different creature. You can see this when they do surveys of like, “how long do you want to be away from your phone?” and—particularly if you’re a teenager or in your 20s—even a day hurts. If you leave your phone behind, it’s like missing limb syndrome. I think people—they’re already kind of merged with their phone and their laptop and their applications and everything.

This quote is from the excellent Neuralink and the Brain's Magical Future feature from Tim Urban, which I now regard as the real successor to On Intelligence (don't bother with Jeff Hawkins sequel - A Thousand Brains). This 38,000 word epic builds a compelling case for why we need to create a Brain-Machine-Interface, starting with a very entertaining and interesting introduction to neuroscience.

There's a very large hand wave in the middle of the article where he transitions from a discussion of how we got here to where we could go. Building a BMI is a very hard problem and he does a great job at explaining through analogy exactly why it is such a hard problem, and also motivating why we need to tackle this problem.

While some may look at the article as a lot of Elon fanboyism, I think it does a great job at capturing what motivates Elon. It took me several hours and a couple of days to read the entire thing. But it's well worth the investment in time.